A Miscellany of Free Genealogy Stuff 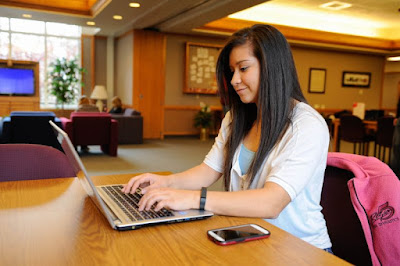 Another in my series of occasional round-ups, sharing some news and new finds in the world of online family history.

A good alternative to GENUKI for Scottish research is Ancestor Abel, compiled by Dr John Robertson. It lists each parish and its extant records and other sources of genealogical information, with links to them where applicable. Some of the links to external sites are no longer working; for example the Angus Folk Museum in Glamis ceased to exist several years ago and the link now simply takes you to the National Trust for Scotland’s main site.

The subscription website offers more than a million pages from their newspaper collection free of charge. Of course, this is to tempt you into paying for full access to their entire 50 million pages. Be strong!

This is a free application that allows you to build an online space for your family tree, blog, or photographs. You don’t need any programming or web-building skills, and there’s a quick start guide to get you going.

The family history video host is holding a one-day conference this Saturday (28th May), offering free access to some of their recorded presentations. This month the theme is German research.

Posted by Alison Spring at 23:23 No comments:

On the trail of my military McIntoshes

In search of my several-greats grandfather who fought at Waterloo – and who carried his wounded brother on his back on the retreat from the siege of Burgos in the Peninsular War, only to discover when they got to safety that his brother had died – I recently contacted the Black Watch Museum Archives in Perth (the Scottish one) to find out if they had any regimental records that might help identify said brother. I had previously been unaware of any siblings that great-grandpa Hugh had.

Hugh was born in either Avoch (pronounced “Auch”) or Rosemarkie, depending on whether you believe the census or the military records. As they’re only a few miles apart it doesn’t really matter; both are in the area of Easter Ross known as the Black Isle, and neither of their parish churches’ records include a birth record for Hugh.  There are over 50 individuals with the surname McIntosh in the 1841 census taken in Avoch. Hugh isn’t one of them, however, as by that time he had retired from his military career and set up home in Nairn, on the other side of the Moray Firth, where seven of his nine children were born to him and his wife Elizabeth Sinclair.

He had more than likely been stationed at nearby Fort George during his service, as it was there, in the parish of Ardersier, that he and Elizabeth were married. Perhaps that was part of the reason for choosing Nairn as their home, after a life in the army.

I was delighted, then, to receive an email last week from the Black Watch archivist, Jennifer, who had made a search of the records they held and had not only found records that mentioned Hugh, but had managed to narrow down the identity of his brother, using a casualty list and other regimental records.  The only McIntosh who was in the same unit as Hugh and who died in the retreat from Burgos was named Donald. As he didn’t survive there won’t be any discharge or pension records at Kew, unfortunately.  But now that I know his name, it won’t be quite as much of a needle in a haystack task to find out more about him; perhaps in newspapers, or a local war memorial of some kind.

I don’t know whether the McIntoshes moved en masse from the Black Isle to Nairn, or if it was only Hugh who settled there.  It’s possible that Donald was born elsewhere in Scotland.  Hugh’s first two children were born in, respectively, France and Dublin, Elizabeth accompanying him both on campaign and in his postings.

My next goal is to identify which of Hugh and Elizabeth’s five sons were also in the army.  His obituary mentions two, and gives their regiment and the places around the world in which they served.  So far I've found one described as a “pensioner” in his own newspaper death announcement. Sadly, he also appears to have had a lengthy and varied criminal record, with his name popping up regularly in the burgh police records and the court reports of the local Gazette. One can only imagine the possible PTSD that led him into such a life. It's his pension record that I'm going to try and find next.  Stay tuned for (hopefully) more finds!

Oh, and here's the newspaper obituary for Hugh which set me off on this chase. He was a bit of a character.

Posted by Alison Spring at 18:29 No comments:

Getting Ready for St Patrick's Day

FamilySearch Wiki provides information, tools, how-to guides, tutorials, maps and more for your research into ancestors on the island of Ireland.

Posted by Alison Spring at 15:19 No comments:

A genealogical toolbox of websites

Some online tools to help you as you build your family tree!  And this being the Frugal Family Historian blog, they're all completely free.

Search this website for your military relatives using first and last name, name, rank, regiment and service number, or any permutation thereof. The results may include links to other sites such as The National Archives (where downloads are currently still free) or FindMyPast, which requires a subscription.

The Book Finder mines Google Books for titles in the public domain so you don’t have to. Use keywords to search using this intriguing tool – it will return one relevant book result at a time.

This site provides transcription editing software with a variety of layout options.  The package is available for Windows, MacOS, and Linux.

Download this handy chart and make sense of what it means to have a second cousin twice removed!

RootsTech's international online genealogy conference is returning for a second year, beginning 3-5 March 2022.  The entire event is free and you just need to register in order to participate.  Additionally, creating a FamilySearch account will help you to get the most out of all that RootsTech has to offer. Learn more about the free apps, how you can connect with new-to-you relatives, and other features like the Expo Hall and keynote speakers on the website.

As with last year, I've recorded two presentations, designed to help genealogists researching Scots ancestry. Get a sneak peek of their content below.

Where Are My Poor Scots Ancestors?

Applications for poor relief in Scotland were well documented from the mid 19th century onwards, under the 1845 Poor Law. Information recorded about claimants included details of their birth, family, and employment, plus much more. Check out this presentation and find out how Scottish poor relief records can help you build your family tree.

There are plenty of free resources on ScotlandsPeople, the official government Scottish records website.  Learn what these are, what kind of information they contain, and how they can benefit your research.

Once you've registered for the conference, search for the class sessions already on the RootsTech site.  Build your own playlist from the hundreds available.  The videos for the 2022 event will be freely available for at least twelve months, starting in March.

Check out my summary of the RootsTech presentations I gave last year; these are currently still available to watch.

Posted by Alison Spring at 10:40 No comments: 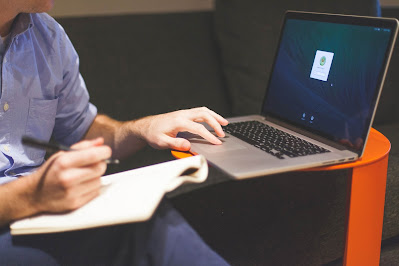 Legacy is a subscription website which, from this Saturday, begins a monthly series of free one-day conferences, using their existing presentations which are usually only available to subscribers. They will also include some new classes. Of course this is a marketing strategy, to draw in paying customers, but these conferences really are free.

This month, the theme of the conference is Organization, and the free classes are

There is no timetable or registration; the presentations will simply be made available on the set date.  Visit the conference website and choose which talks you want to watch, in whichever order you like.  As part of each class, there will also be a free speaker handout (syllabus) to download.

FamilySearch hold regular online classes throughout the year.  For February and March these will cover using the website's different tools to find, document, and add photos to your family record.  Research Webinars are also scheduled to help build your skills in areas like researching different countries' records, using DNA, and understanding Latin handwriting.

Registration is necessary as class numbers are limited, so when you see a topic you are interested in, sign up for it right away.  And the beginning of March will see FamilySearch's second free global event, RootsTech 2022 - watch out for a future post here about that!

Husband-and-wife team Graham and Emma Maxwell operate their genealogy research business from their home in the west of Scotland, and since the advent of the global pandemic which severely restricted access to essential archives, they have diversified significantly. Just under two years ago, they started organising online conference programmes and made them available at no cost to anybody who wanted to join in via either their Facebook group or Zoom.  Each talk is shown twice on the day, to allow viewers from around the world to take part in their timezone.  You can browse previous presentations and handouts at their Past Conferences page.

Have you been deliberately avoiding Zoom presentations?

1.    Not all of these events require you to use Zoom

2.    It's completely free to use the basic package.

2.    Zoom isn't the problem it's been cracked up to be! Watch the first two-and-a-half minutes of this introductory video to see how straightforward it is to join a Zoom meeting.

Posted by Alison Spring at 19:03 No comments: 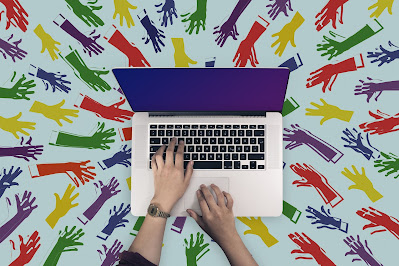 It’s become an annual tradition for Who Do You Think You Are? magazine to hold its crowdsourcing event, Transcription Tuesday, in February.  Everyone is invited to take part, and as usual, this year there are a few different projects involved.

For 2022, Tuesday 1st of February is the big day, but you should decide which project you’re going to work on in advance so you can familiarise yourself with the instructions. Additionally, you may need to register with the project to participate. To transcribe any record set, all you’ll need is your usual internet connection and PC or laptop.  You’ll have access to digital images of records, and these are the sources you will extract details from and type into the project software or document.  Choose the records you want to help with from

☙ FamilySearch: the world's largest genealogical record organisation is seeking help to transcribe English parish registers.  If you don't already have a free FamilySearch account, you can easily create one, and this will allow you to pick a project under the "Indexing" tab on the website.

☙ HMS NHS: Seamen's Hospital registers.  Learn about these fascinating naval medical records, and check out the project's home page, which includes a chat function to put you in touch with other volunteers.

☙ National Library of Wales Photo Book Collection: tagging 19th century photographs of everyday life in Wales.  More on joining this project can be found at Who Do You Think You Are?'s website.

☙ Stories of St James's Burial Ground: the 18th century burial registers of the Parish of St James, Piccadilly.  This graveyard beside Euston Station was excavated by archaeologists in advance of an engineering project, and the burial records are held by the City of Westminster Archives.  They will need both transcription and highlighting. Find out more at the project's website.

Posted by Alison Spring at 16:37 No comments: